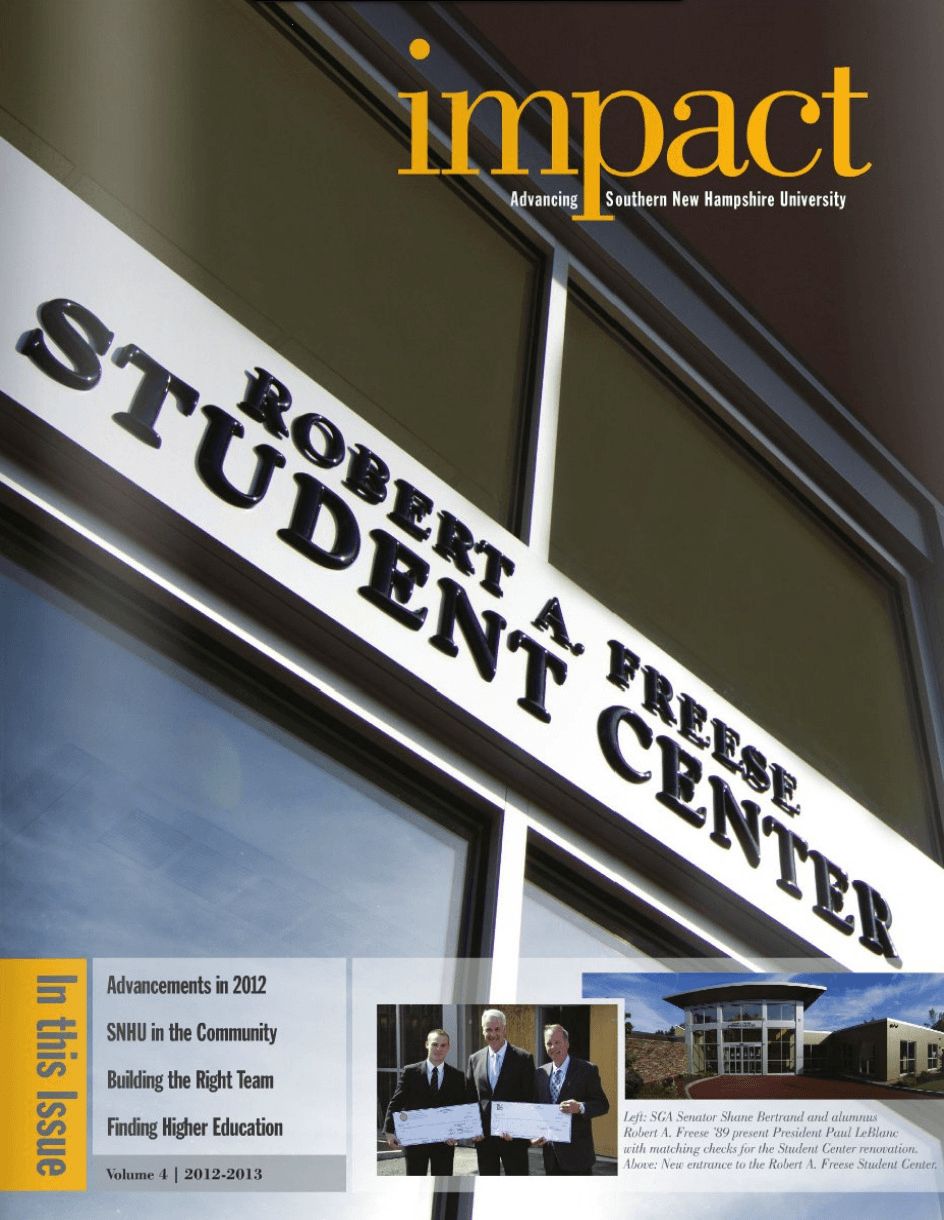 "Great futures start here" – tagline for the Boys & Girls Clubs of America. No doubt this is the case for alumnus Rich Lowney, Jr. 74. Lowney was raised in Charlestown and Malden, Mass., and the Boys Club was a hub for his urban neighborhood bordering Boston, a place of activity and safety that parents sought for their children outside of school. Nearly forty years later, with his family raised and a successful career as an entrepreneur in technology under his belt, Lowney has continued his connection with the mission of the Boys & Girls Club as director on the board of Souhegan Valley Club in Milford, N.H., and as president of the N.H. Alliance for all clubs in the state. He was formerly a board member for the Boys & Girls Club of Greater Nashua.