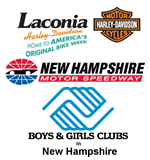 miEdge announced today a key addition to their leadership team with the hiring of Darin S. Vick as Chief Sales Officer. With over 25 years of extensive experience in the insurance industry, Mr. Vick will focus on continued growth of the miEdge business intelligence system.

Nicole Jones-Gyllstrom, CIC, knows a good thing when she sees it. However, when that "good thing" provides her organization with a competitive advantage, she's not one to shout the news from the housetops. "I wasn't entirely sure I wanted to be interviewed for this article," she says with a laugh. "Candidly, I haven't been telling anybody outside our organization about this product because it really gives us an edge. It's changed my game completely."

New Boston, NH, December 1, 2012 - miEdge™ the premiere business intelligence provider for insurance industry employee benefits professionals today announced that it was named  the winner of the 2012 inaugural New Hampshire TechOut Competition . This award recognizes miEdge™ as the first company to successfully design an affordable and intuitive user interface to manage, sort and save the expansive public data available from the Department of Labor Health/Welfare Employee Benefits.